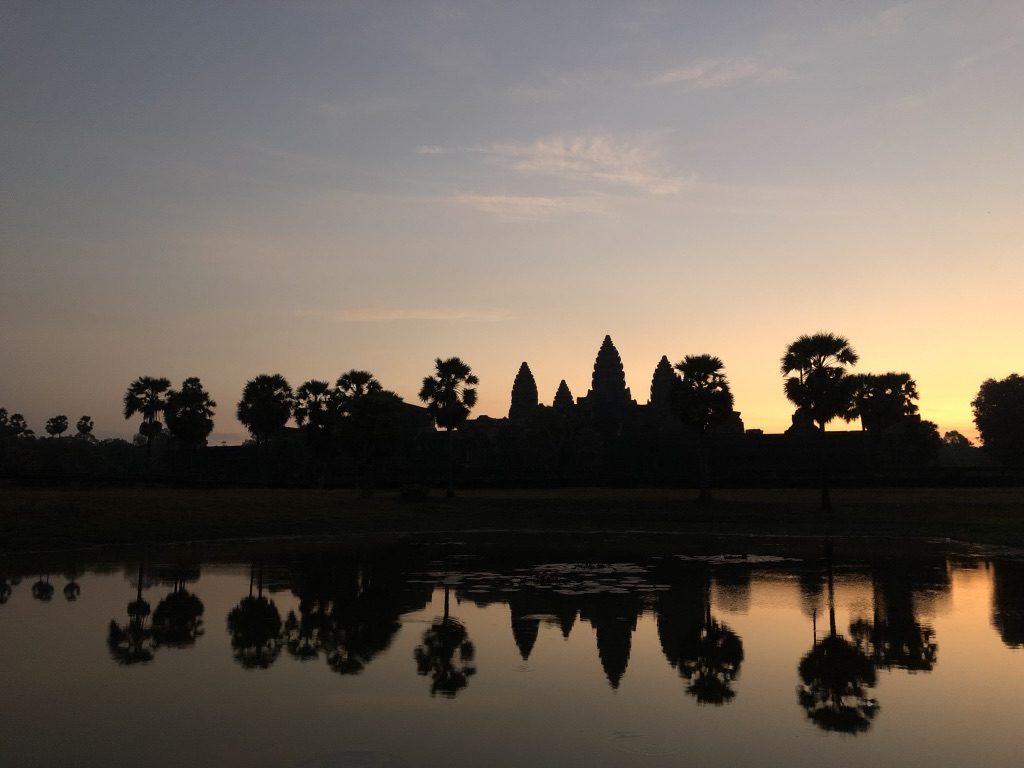 After Vietnam we went to Cambodia. We went on a ferry boat for five hours while making a few stops on the way. Once  we got off the boat we took a taxi to our hotel in Phenom Phen. The weather was very hot and humid  so we were glad there was a public pool.  We spent the days doing activities with our uncle Colin and doing school.

Our next stop was Siem Reap and the famous Angkor Wat.  The hotel we were staying at was in the middle of the city but surprisingly quiet. The hotel had a pool with a swim up bar and a restaurant, the hotel rooms were very nice  hotel rooms and the food was amazing.  For breakfast we always had English breakfast and we went out to a restaurant for lunch and dinner the food was good but most of the food was Italian in the restaurants we went to.

On one of the days in Siem Reap we woke up at 4:00 am to see the sun rise over the massive and beautiful temple Angkor Wat. We had to wait till six am but when the sun did rise it was worth it. We roamed around the temple for at least two hours but we didn’t just go to Angkor Wat, we also went to six other temples in that were in the area the entire area is Angkor Wat  Even though all of the temples looked mostly the same it was still an amazing thing to see. After a couple hours of being in the hot sun we were all tired so we decided to stop and go back to the hotel.

The day after Angkor wat we went zip lining at Angkor Zip line to zip line thirty metres above ground level.  There was eight zip lines in total and the highest one was thirty seven metres above ground level and fifty metres long. Compared to the longest zip line in nelson which is one  kilometre long.The zip lines went over a jungle filled with greenery and there was supposed to be monkeys that you could see but I didn’t see any.

One of the highlights was going to  to a place where they train rats to smell gunpowder and find landmines in a mine field to clear it from danger.

Next we took a night bus to take us to Koh Tao we had to stop at passport control to be allowed into Thailand and we had to wait for a long time in passport control before getting back on the bus.  The night bus woke us up at one am for a bathroom break and at four am to get off the bus an wait for two hours before getting on a crowded boat for two hours while at the same time being sea sick but when we got to Koh Tao it was beautiful and worth it so I recommend if you want to go to Koh Tao take your own car and your own boat and park the boat at your own dock and get off the boat at your own dock so there isn’t one hundred people that your stuck with for two hours while smelling pollution in the air from exhaust from the boat. The trip there sounds bad but it actually a very nice view and I saw some fish in the water for a few seconds before they disappeared into the dark abyss of the ocean.  Then we were in Thailand. 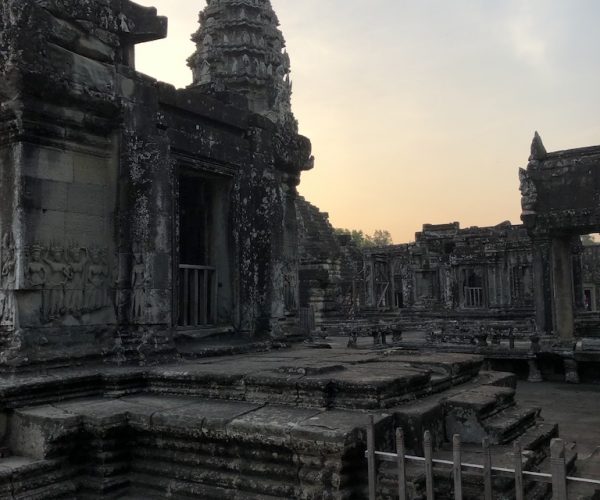 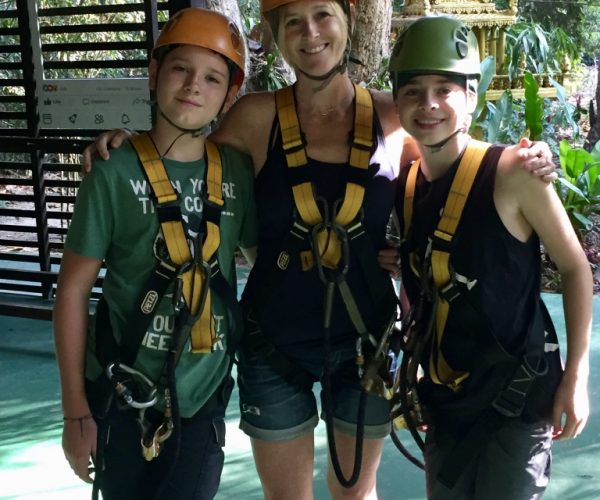 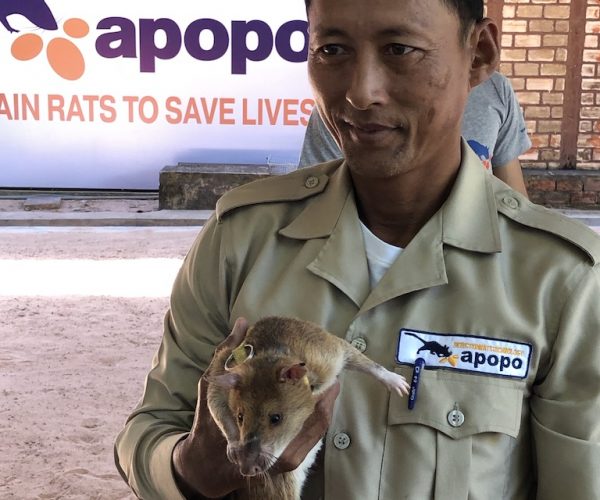 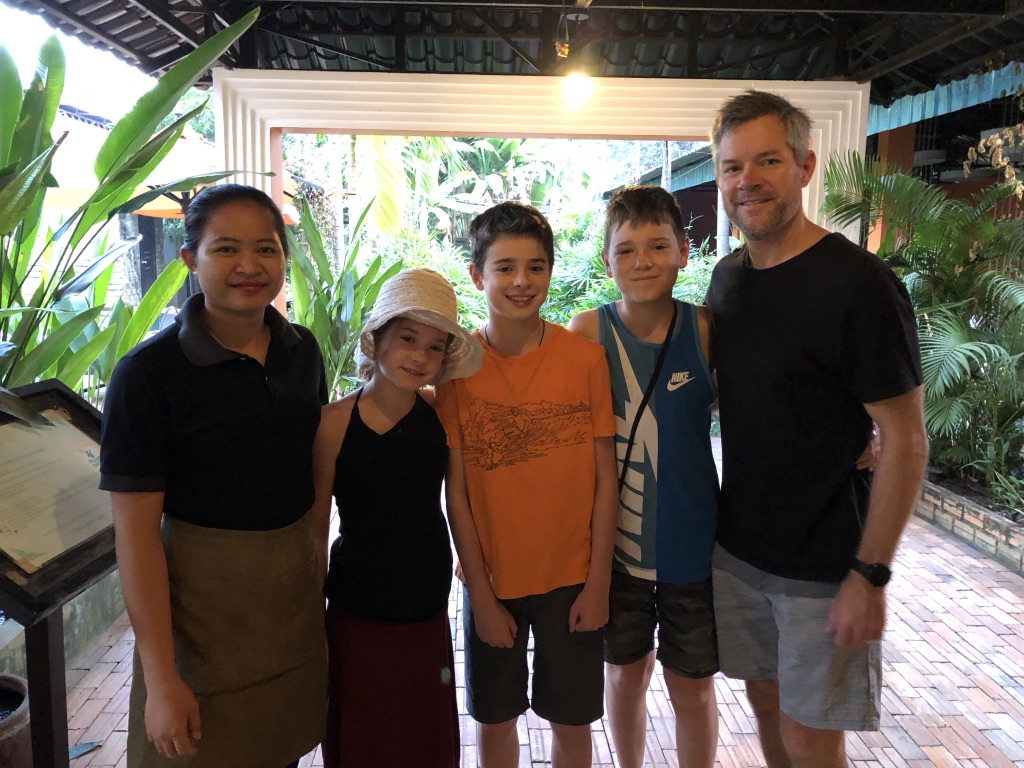