Next is France: We landed in paris after a channel train ride.  In paris we stayed in a really old apartment in a busy part of the city.  The apartment was ok, I liked that it was a short walk to the train station which made it a lot easier to get around.  In Paris we saw the Eiffle tower, we went there at sunset and then as soon as we were leaving the tower lit up with bright lights which made it a lot more exciting.  We went to the Louvre, I liked it but it was super overwhelming because it was too big and we only saw about 1/100 of the things there.  We also went to Sacre Coeur – we climbed the 371 steps to the top and got a great view of the city and we could even see the riffle tower form the top.  My favourite thing about Paris was the Effile tower, the croissants and the Nutella crepe.  The things i didn’t love about Paris the location of our apartment because it was right beside a loud road.

Next we went to Antibes.  Here our apartment was better than Paris but smaller.  Antibes was good because of the Gelato….. a lot of Gelato and the beach was awesome.  We were there for Bastille day so got to see a lot of fire works three night in a row.  WE went to a water park which was problem one of the best highlights of Antibes because we had a great time in the water. 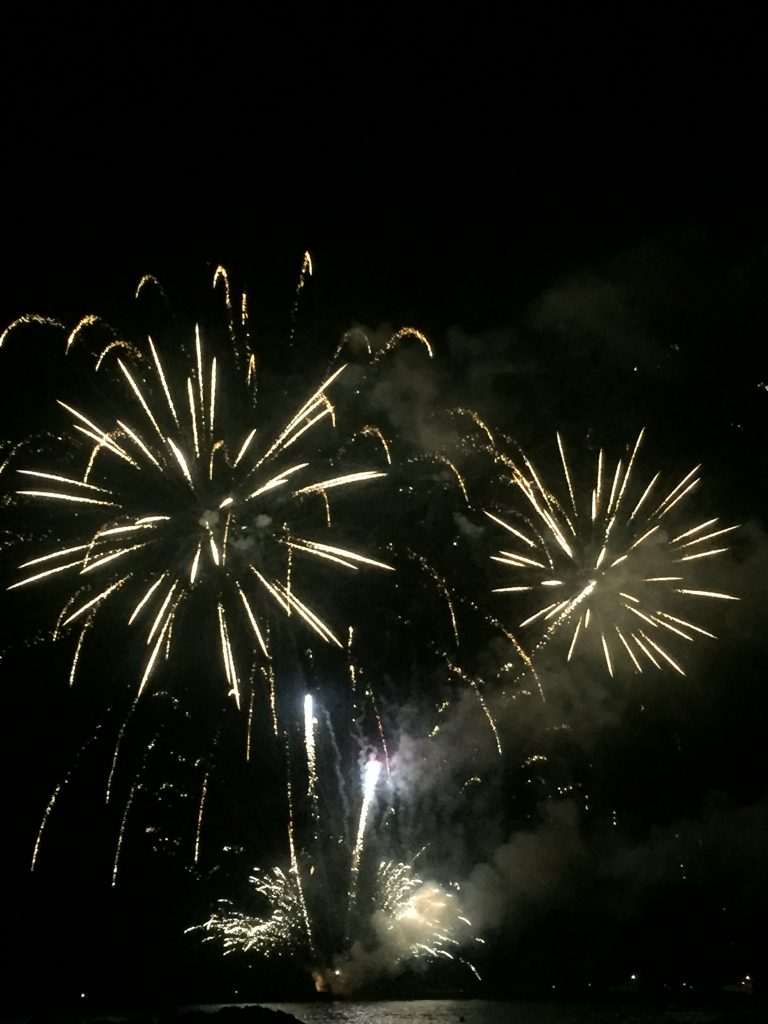