After two weeks in England, I was eager to arrive in France, which we did by the Euro star. The Eurostar is a high speed train and we even got to go in an underwater tunnel. The train ride was pretty long, but the journey went by quickly. When we arrived in Paris, we made our way over to our apartment, which we were all surprised to learn was massive, especially for a place in Paris. Our first full day in the city, we did a hop- on-hop-off-tour, which was honestly not as good as the one in London, but still interesting. We also went to an amazing church called Sacre Coeur. It had a tall tower which we went all the way up, to see stunning views of the city. Then we went to the louvre which was so immensely huge, that we were there almost all day and we still barley explored it. It was super cool though, and we got to see the Mona Lisa. The day after, I was super excited because we had tickets to go to the top of the Eiffel Tower at sunset. So many things are spectacular about the Iron Lady, as the French sometimes call the tower. From the craftsmanship, to the sheer size of the thing, it was a sight to behold, especially from the top. We arrived at the summit at exactly sunset. It was beautiful, one of the most amazing things I’ve ever seen. A few days later, we got to see the Paris catacombs.

There were tunnels for miles, all structured with the bones of six million dead people. Which was disturbing, yet really amazing. 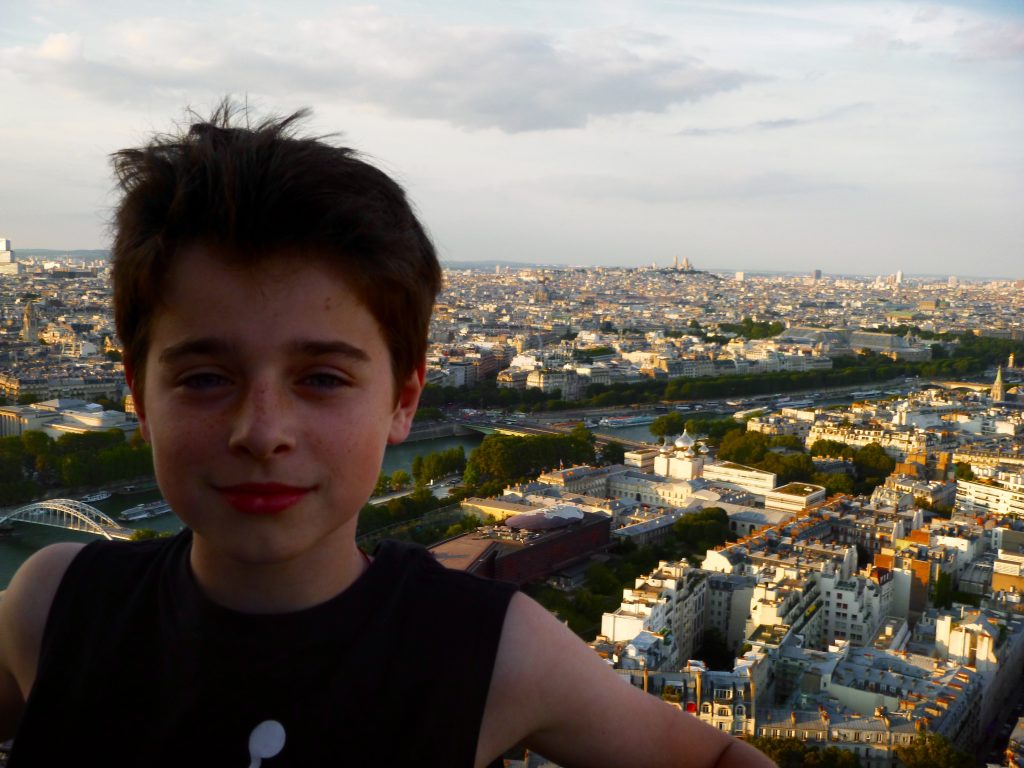 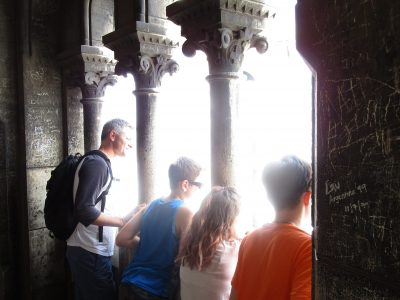 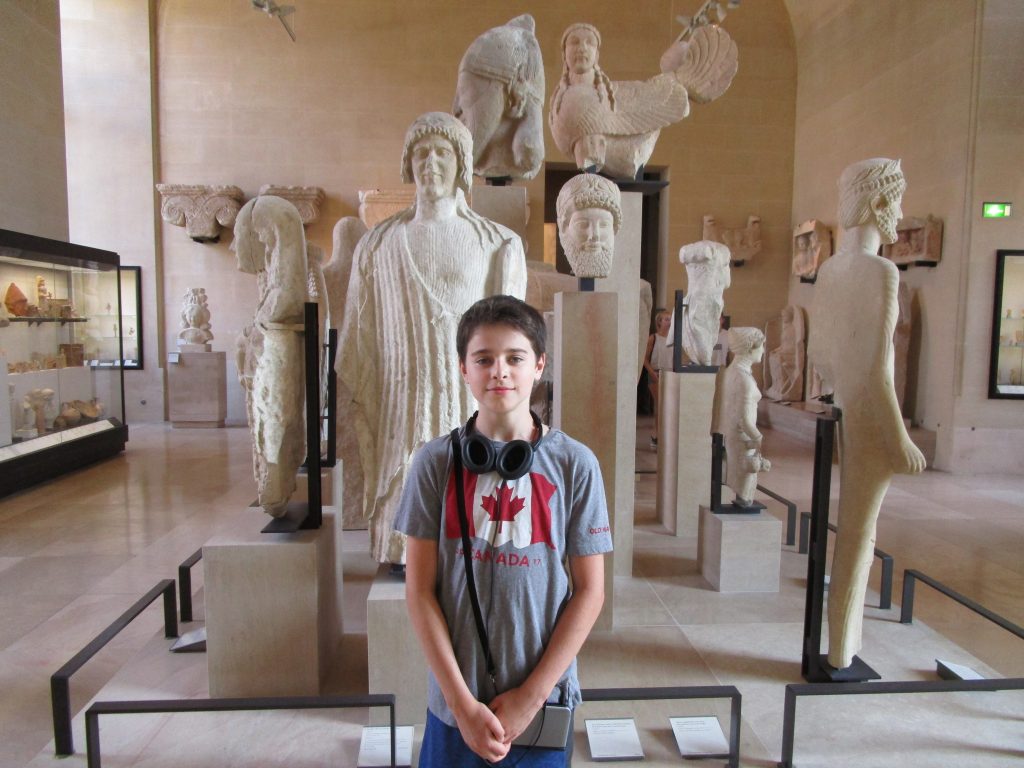 A few days later, we were in the south of France, in a old city called Antibes. We spent most days on the beach eating gelato, and swimming in the Mediterranean. And then, on the sixteenth of July, I had my fourteenth birthday. We went down to a city nearby called Cannes. While there we looked at some massive yachts, walked along the beach, and even saw a dog that looked exactly like my dog back home. Then we saw a movie, where we practically had the whole theatre to ourselves. After that, we got caught in a rainstorm, so we went to a coffee shop and got hot chocolate. When we got home we went out for dinner and had some more gelato. I really enjoyed my birthday, and I felt lucky I got to have it in such a great place. Another thing I enjoyed was a massive water park. Though the train ride there was way longer than it should have been, the destination was awesome. There was even a half pipe for inflatable tubes. It was definitely a highlight, and I loved France.