We crossed the Israeli border in to Jordan on foot, not knowing what to expect. Personally I didn’t realize there was a country called Jordan. Once we got through, which was an hour later, (high security) we waited for about twenty minutes for our van. The van would take us to the Bedouin camp, where we would spend a night. The man arrived and we piled into the vehicle. Ten minutes later, we were off. We sped along the desert road for hours. I can’t tell much about the surroundings, because I faded into sleep. When I awoke, we were darting by a desert village, overlooking ruins of an ancient city in the horizon. There was desert in all directions. It was like nothing I’d ever seen before. The sun was high in the air, and we were soon at the camp. 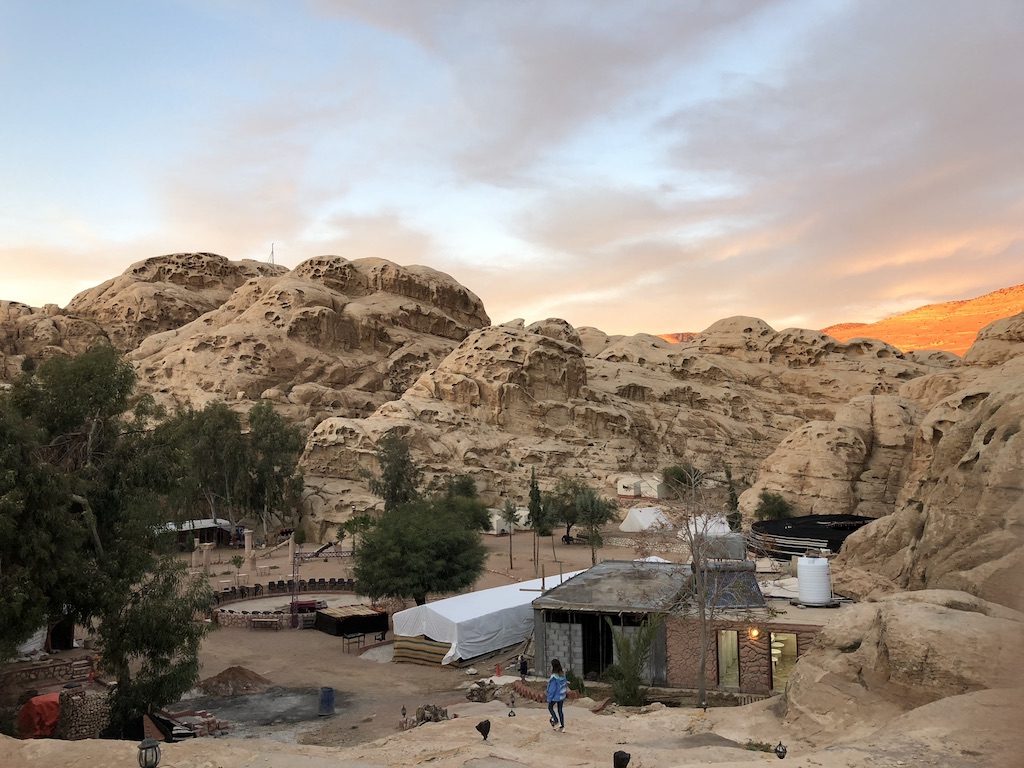 We were greeted by the camp owner and brought inside the office (built into a cave) and given tea. Once all the paperwork was settled we had to decide if we were going to sleep in a tent, or a 300 year old cave. Democracy says tent. Democracy wins. We dropped our bags and, no joke, fifteen minutes later I was on a camel. Yes, we were riding through the desert, a party of around eight including on-foot guides. On camels. It might have been one of the best things I’ve ever done in my entire life. I quickly got the hang of the animal, and we set off for our 90 minute ride. We navigated the rocky desert easily with the hooves of the camel, and we got some stunning views of desert mountains. My camel was tied to my mother and sisters, who were sharing. At one point, that rope came undone and my camel made a dash with me on it. You heard it here first: camels are FAST. That was about as scary as camel riding can get. It still remains one of the best experiences of my life. Not twenty minutes after we got back to camp, we were off to go see “little Petra” which is the smaller version of the famous lost city.

My mother and father had been given traditional Jordanian clothing by our camp owner. My Little Petra was made highly enjoyable due to our guide, who asked for no compensation whatsoever. We navigated the dirt path, rocky cliffs rising on either side. The rocky cliffs were dotted with little rooms where ancient people would live. When we returned, it got dark quite fast, and they made a fire. We ate fresh fried bed off the fire and had a nice meal. Once it got pitch black the desert mountains surrounding us lit up. We realized there were small lights placed all over the cliffs, like Christmas lights. They outshone the stars, making for a beautiful night. After the meal and fire, we headed for the long tent at the back of the camp. When we entered, there were multiple fires going, Jordanian campers playing music, and comfortable cushions everywhere. We settled in to relax. My sister got henna, a type of traditional Asian painless temporary tattoo, for free. The long red tent was very warm due to the fires. Eventually, we headed for bed. We were given two massive blankets and we drifted off to sleep in the windy desert.

When we woke up, we ate breakfast and got ready to got to Petra. Not little Petra, the real thing. We hopped in a truck, and took a paved road to get tickets, seeing goats and donkeys on the way. After getting our tickets, we took a very long, non-paved, bumpy road into the desert. Normally, you start Petra from the ticket office, and you walk to one end and back. But that way includes a lot of uphill. Our driver was going to drive us to the end, and we would walk down to the start. Petra includes a lot of nothing. Most of the way it’s desert, but in certain places you come across bustling crowds of tourists, in front of massive entranceways to ancient temples. Indiana Jones: the last crusade, was filmed in front of one of the temples. The walk took many hours in the hot sun. At the beginning, we saw only two people, who had been climbing mountains in the area for several months. But the more you went on, the more frequent the ancient sights became, and the the more people you came across. At one point, we came across a marketplace that stretched for almost an hour and a half. We passed camels and donkeys. There were multiple little ancient sights and even more huge massive temple entrances. We also passed an ancient stadium that once sat thousands of people. The sun was hot and all there was for miles and miles was desert view. Petra was extremely cool because instead of going with a guide, we went by ourselves and tried to spot every ancient site. You cannot go inside the temples, but they were extremely impressive from the outside. After a whole day of walking in the hot sun, we stumbled back to the truck. When we got back, we decided we were going to return to Israel.  We packed up, said our thank yous and goodbyes, and got in another truck. Our driver loved music, so we sped down the desert Jordanian road, blasting the tragically hip mixed in with the interesting tune of Jordanian songs. I loved Jordan almost as much as Greece, and I feel that even if we were there for one night, I saw a huge amount. 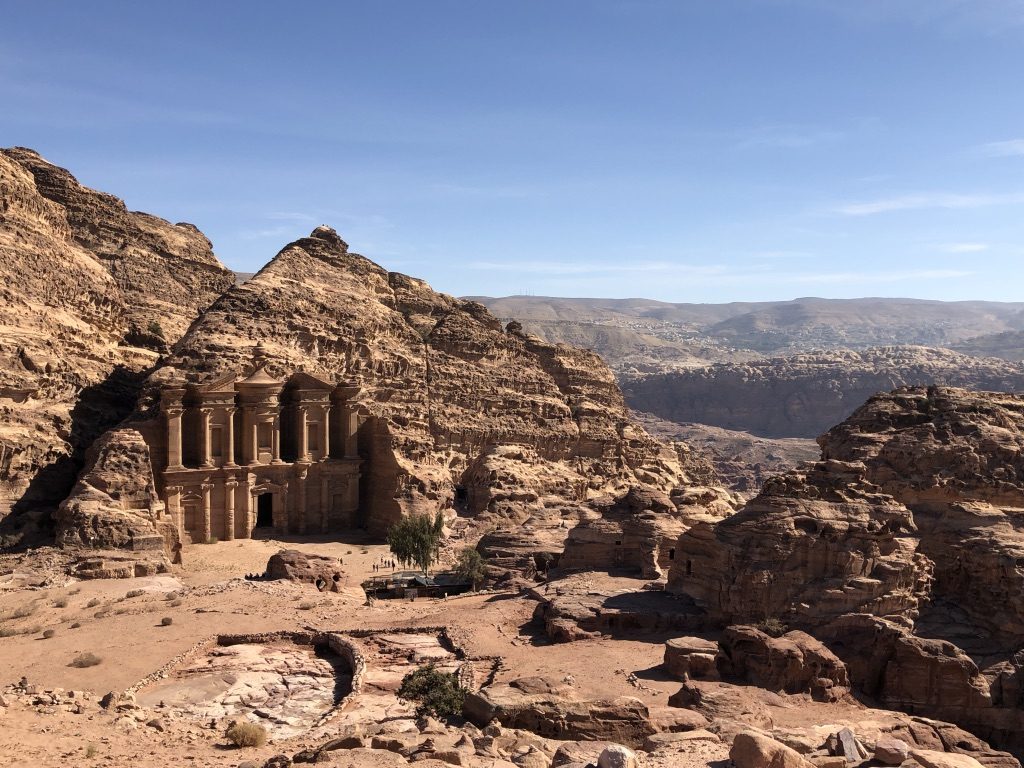